Yeah!  The quilt retreat with Amanda of crazymomquilts is almost here!  It's been a year since our last one and I'm so stinking excited!

I just wanted to show you some of the fun stuff I've been working on.  We have a giveaway with a quilt made by Amanda as the grand prize and I like for everyone to be able to win a little something!  So I've been busy scrounging up donations and making everything else. 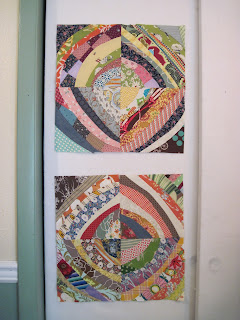 These  will be quilted by Amanda as part of our free motion quilting classes and then I will quickly sew them into pillows as one of the prizes. I made these using Penny's tutorial over at sewtakeahike.  I love her projects and I have some pretty serious fabric envy.  I just love everything she makes!  AND She's joining us for the retreat too! 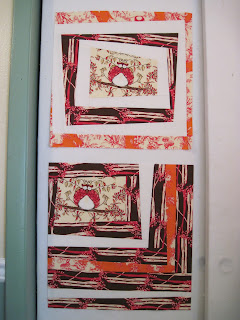 Same story with these 18" wonky log cabins with some Opal Owls.

Here I thought I was prepared and had some more pictures, but I'll have to come back later apparently!  I'll try not to let 6 months pass by this time!
Posted by Tara at 3:14 PM